Where the work is done! 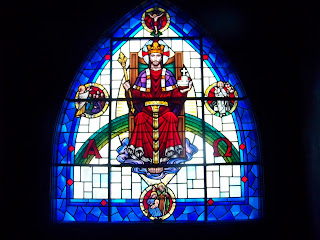 I recently was given the privilege to go and explore the inside of ’s Episcopal Church in   It is one of the oldest standing churches in .  It was constructed in 1885.  Many of the stained glass windows are original.  The ones on the south side of the church however are not.  In the 60’s located across from the church was a government office building that was the site of a terrorist bombing in protest to the Vietnam War.  The blast destroyed the original windows on that side of the building. 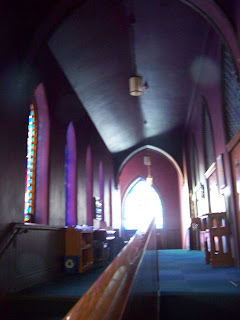 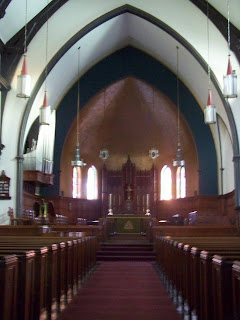 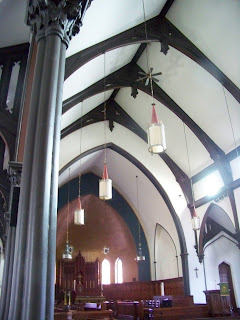 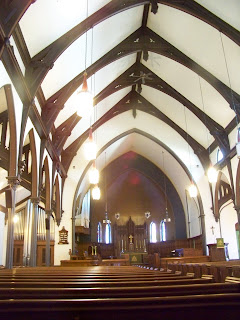 In 1952 South side of the building underwent construction.  The Street on this side of the church was being lowered down several feet.  During this time the church opted to excavate the lower base of the church and add on with a wing.  In this lower level they added a tomb and a small prayer room. 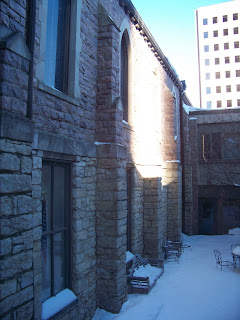 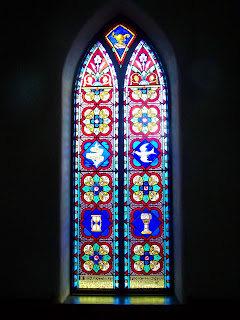 The church currently runs with a congregation of about three hundred.  The church has a long list of about six hundred. 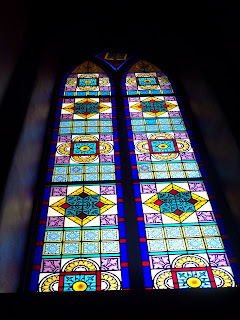 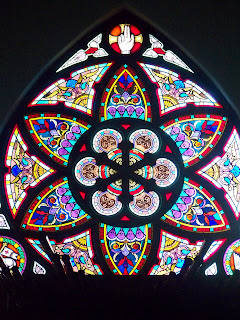 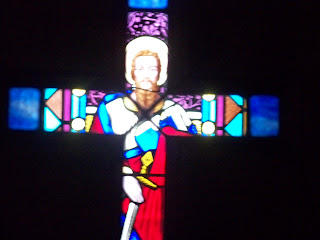 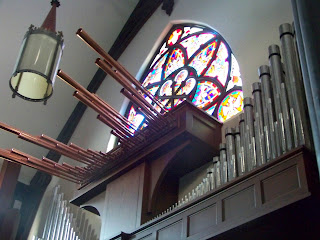 They recently up graded their organ.  The pipe jetting out from under the rose window are part of that up grade.  They are planning the feature this new organ this summer in a festival.  I have been invited back to take more pictures this spring when the courts are open.
Posted by T.C. at 12:02 AM

Welcome To A Swing And A Miss

Life is kind of like baseball. You get a shot once every so many innings. Sometimes we get a hit but most of the time we miss. The thing is to keep trying and to take the bat off your shoulder. Take your swings. You never hit if you don't swing. It is worse to go down looking than to go down swinging.

T.C.
I am a 40 something dabbler. I like so many things I have trouble deciding what I want to do next. I love to write, paint, Draw, and love music. I love to teach, and I love to coach softball. I have three Daughters. They are motivation to do everything I do. I love being a dad more than anything in this world. I have been married since 1991 and she hasn't killed me yet, even if she wants to sometimes.